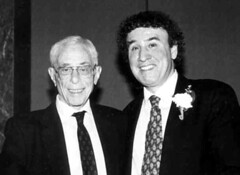 From 1981 through 1995, Neas served as Executive Director of the Leadership Conference on Civil Rights where he directed the national campaigns that strengthened every major civil rights law, including the following landmark laws that were enacted with huge bipartisan majorities: the Civil Rights Act of 1991, the 1990 Americans with Disabilities Act, the Civil Rights Restoration Act of 1988, the 1988 Fair Housing Act Amendments, the Japanese American Civil Liberties Act, and the 1982 Voting Rights Act Extension.