The Hubert H. Humphrey Civil and Human Rights Award is the social justice community’s highest honor, awarded to outstanding individuals who, “through selfless and devoted service in the cause of equality,” best exemplify the spirit of Hubert H. Humphrey, U.S. vice president, senator and outspoken civil rights pioneer.

The annual dinner is the year’s largest gathering of the civil and human rights community—noted for bringing together members of both houses of Congress, officials from the Executive Branch, civil and human rights leaders, business leaders, educators, attorneys, and young people representing the next generation of civil and human rights advocates. More than 1,200 people attend the dinner annually. Known for its celebration of our nation’s diversity and commitment to equality, the event has been called “…the one dinner in Washington, D.C., where everyone has a seat at the table.” 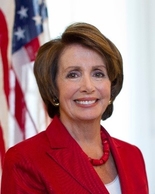 The Honorable Nancy Pelosi is the current Democratic Leader of the House of Representatives. The first woman Speaker of the House, she led passage of the American Recovery and Reinvestment Act, saving millions of American jobs and safeguarding those at the bottom of the economic ladder. Her leadership on the Affordable Care Act, Lilly Ledbetter Fair Pay Act, Wall Street reforms and consumer protections, and reforms of the financial aid system reflect her tireless commitment to equality. On a wide range of issues—from racial justice, fair sentencing, workplace rights, prosecution of hate crimes, economic justice, immigration and her unwavering support of voting rights—she has mirrored the values that are at the heart of The Leadership Conference. 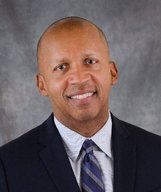 Bryan A. Stevenson is a lawyer, social justice activist, founder and executive director of the Equal Justice Initiative, and a professor at NYU School of Law. He works tirelessly to advance equality and hold our nation to its promise of equal justice. In the courtroom, the classroom, and the public arena, he is a champion for those at the bottom of the economic ladder who often lack the resources to provide a fair defense for themselves. Through his work at EJI, he lifts up poor and forgotten people, those subjected to racial injustice, children, and people with psychiatric disabilities who have fallen victim to the shortfalls of our criminal justice system. His widely acclaimed book, “Just Mercy,” has led to a critically important national dialogue on criminal justice reform.

Hubert Humphrey’s deep commitment and dedication to social justice are legendary. He devoted his life to public service in the cause of equality. Elected mayor of Minneapolis in 1945, he quickly ascended to the national political scene. Addressing racial discrimination and anti-Semitism in Minneapolis in 1948, he was responsible for the city enacting the nation’s first municipal fair employment legislation. That same year, amid fierce debate on the direction of civil rights, he delivered a fiery speech at the Democratic National Convention and spurred the Democratic Party to add a civil rights plank to their platform. From 1949-1964, he served from Minnesota as one of the nation’s most distinguished U.S. senators and was pivotal in the enactment of the 1964 Civil Rights Act, calling its passage “one of the landmarks of my life.” Elected vice president of the United States in 1964, Hubert Humphrey continued his selfless advocacy for equality in a free, plural and democratic society. In 1971, Humphrey resumed his senatorial career. In 1974, he introduced the ambitious Humphrey-Hawkins Full Employment and National Growth bill, the first attempt at full employment legislation, which eventually passed after his death in 1978. This final legislative achievement stood as a symbol of Humphrey’s undying commitment to “the humanitarian goals of the New Deal.

As a testament to his exemplary leadership on civil and human rights, the Hubert H. Humphrey Civil and Human Rights Award was established by The Leadership Conference in 1977.